Mike Dean has opened up on his maverick personality on the pitch, insisting players appreciate that he is not a ‘robotic’ referee ahead of his record 500th Premier League game.

Dean – described as ‘one of a kind’ by Sportsmail’s refereeing expert Mark Clattenburg – is the first to hit the milestone with him taking charge of Arsenal against Sheffield United at the Emirates.

Clattenburg insists the Premier League would be a worse place without the 51-year-old from the Wirral, who is often described as the ‘gift that keeps on giving’ by fans. 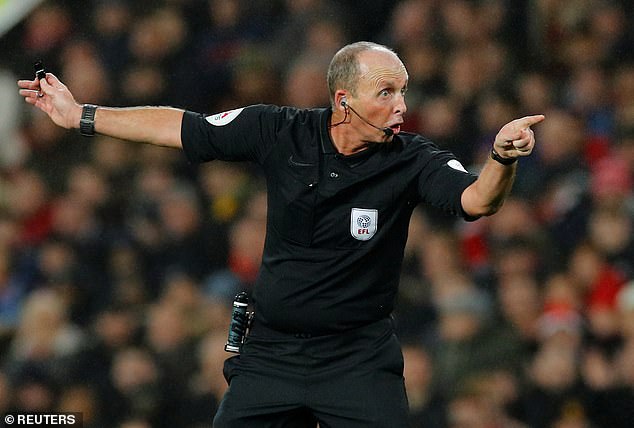 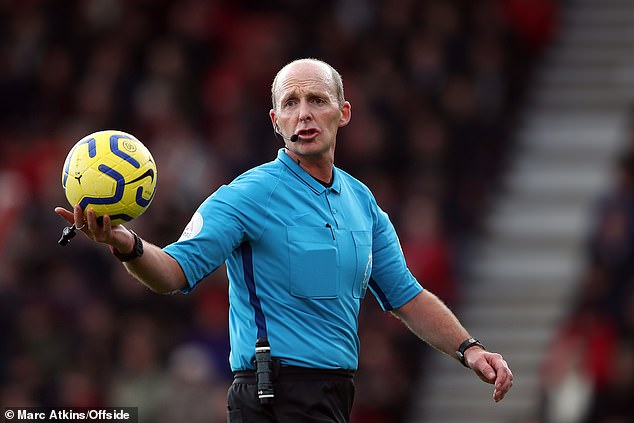 There are even compilations of his funny moments on YouTube, from the times he has let the ball run through his legs to his no-look cautions and puzzled looks at players.

Most recently he was caught on camera asking an assistant ‘who the f*** is that?’ after an unknown man shook his hand ahead of Southampton against Tottenham on New Year’s Day.

Telling Sportsmail about his style on the pitch, Dean said: ‘For me, the players respond to the way I am and over the years have accepted my style and personality.

‘I’ve never been a ‘robotic’ referee. I try to be approachable and explain decisions briefly to players if they ask. The communication we have with them is really important. 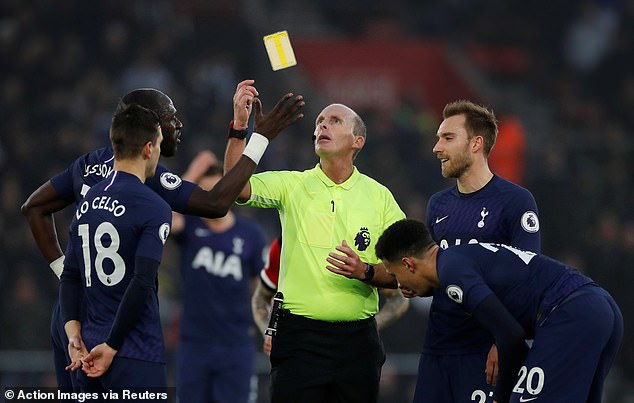 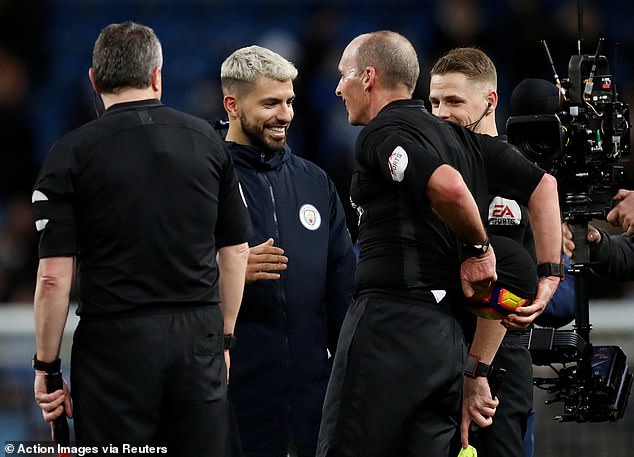 ‘I don’t have an issue with the odd bad publicity I get as it’s all part of the game we love.

‘I speak to a few referees after games on the way home, but I try not to worry about decisions – good or bad, I make every decision to the best of my ability.’

Dean, having refereed in the Premier League since the year 2000, counts former Manchester United manager Sir Alex Ferguson as the best but toughest manager he dealt with. 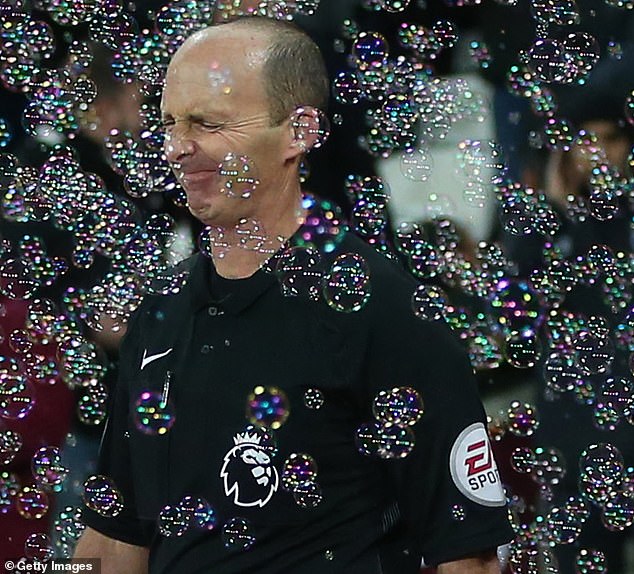 The most memorable match he officiated was Manchester City’s 2012 last-gasp, title-clinching victory over Queen’s Park Rangers at the Etihad Stadium, courtesy of Sergio Aguero’s winner.

Yet Dean was almost given a decision to make, when QPR defender Taye Taiwo lunged in on the Argentinian seconds before he made it 3-2 in stoppage time.

On that game, Dean said: ‘With what was at stake and to be trusted to referee such an important game on the final day of the season and with the ending, it will live long in the memory. 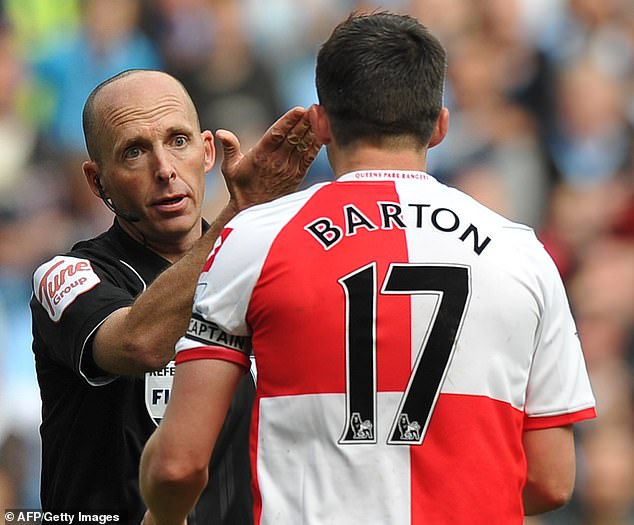 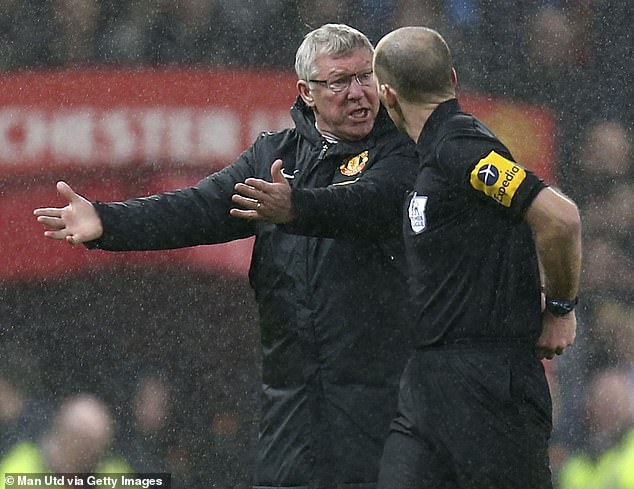 ‘As a refereeing team, we didn’t know what was happening in other games but you could sense that City needed a winner to win the title and when Aguero went through on goal, there was only going to be one outcome.’

In an exclusive column for Sportsmail, Clattenburg has suggested Dean’s next career move might be in golf, as the Tranmere Rovers fan currently caddies on the women’s tour.

On match No 500 – Martin Atkinson is the next nearest on 397 – Dean added: ‘When I first got onto the Premier League in 2000 there wasn’t a specific goal on amount of games I wanted to do. 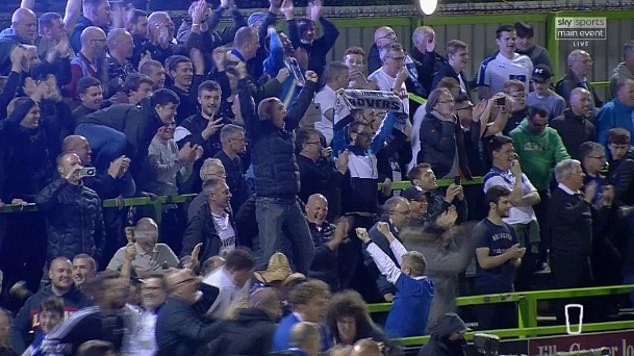 ‘The game this weekend will be a special one of course, but there is still a match to officiate so my focus will be on that.

‘My wife Karam, eldest daughter Zara and my grandson Harvey will all be there to watch, as will a very good friend of mine, Dave Somers, a former SFA referee who will travel down from Scotland.

‘My other daughter Brittany won’t be coming as her priority will be watching Tranmere, as always!’

‘THERE REALLY IS ONLY ONE MIKE DEAN’

Mike Dean is like Marmite. But love or hate him, it takes a special referee to reach 500 Premier League games, as Mike will at Arsenal against Sheffield United.

I know Mike well and he is one of a kind. He came from a normal background, worked in a chicken factory, then got into refereeing and reached the very top.

The social media trolls may mock him but the younger officials look up to him because of his vast experience. Mike is one of the old school PGMOL members, and a bit of a joker. That’s what we see on the pitch, too.

When he does silly little things, that’s just Mike being Mike. He doesn’t hide his personality and the players appreciate that. He’s no robot.

Those at the top of the PGMOL want to manufacture the perfect referee but it’s important to show personality and have a bit of banter. Don’t just walk up to a player and stick a card up in the air.

A personal touch can help defuse heated situations, and that’s what Mike brings to the table. His type is a dying breed, and it isn’t easy to get to 500 games.

You have to stay fit but the older you get, the wiser you become. You read the game better and know where to position yourself. You run less but end up no further away from the ball.

Mike has that down to a tee, too. What will he do after football? I know in between his refereeing duties, Mike loves to play golf and he caddies on the women’s tour.

That will be his next move, in my opinion. For now, though, let’s enjoy his performances in the Premier League – that includes you trolls out there. There really is only one Mike Dean.

April 8, 2019
We use cookies to ensure that we give you the best experience on our website. If you continue to use this site we will assume that you are happy with it.Ok