Ole Gunnar Solskjaer admits his Manchester United side must accept the angry backlash from the fanbase inside Old Trafford, following a humiliating 2-0 defeat at home to Sean Dyche’s Burnley.

United’s famous stadium was sparse across all four corners before the final whistle had even sounded on Wednesday night, after supporters left in their droves amid the lacklustre performance.

A chorus of boos were heard ringing out around Old Trafford along with chants against the club’s Glazer ownership as the players left the field, and Solskjaer insists all he can do right now is hold his hands up and take the criticism fired in his direction. 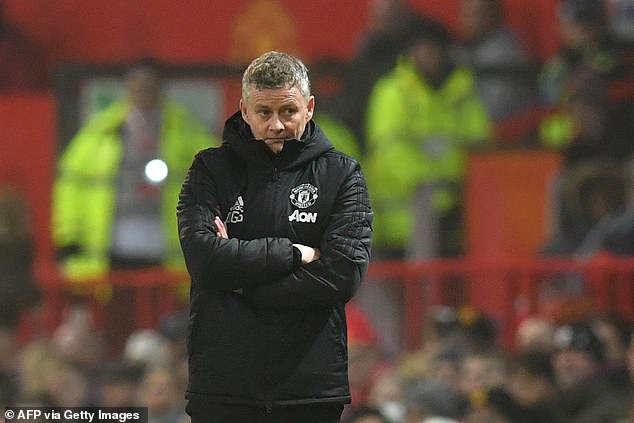 ‘I can understand supporters are disappointed when times are tough,’ said the Norwegian in his post-match press conference.

‘Today there wasn’t in the end’ Solskjaer replied frankly when asked for signs of progress, ‘because at the end you do feel disillusioned, as you say, because maybe they do. 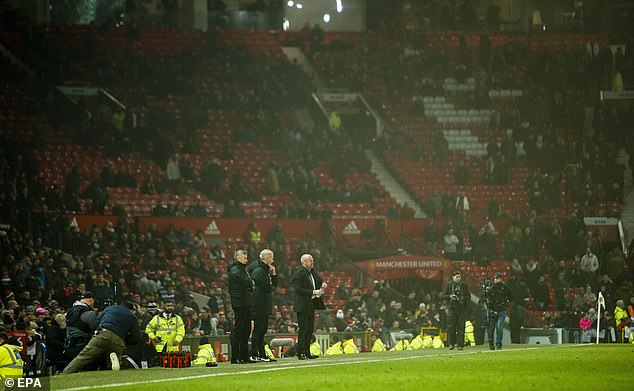 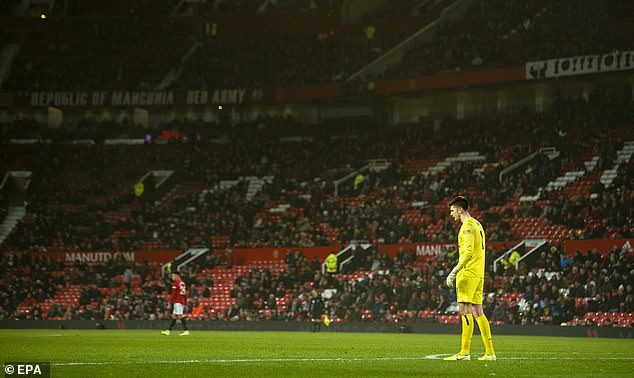 The match was yet to be finished, but the stands were bare and boos began ringing out

‘But for us we’ve just got to stick to our values, stick to our beliefs and knowing that there’s no use feeling sorry for yourself.

‘We just need to make sure that we try to help the players and the team. The players hear the fans.

‘Today wasn’t a fair reflection on this group. I can’t sit here and do anything but hold my hands up. That’s where we’re at.’

Chants were also aimed at United chief Ed Woodward at the final whistle, who is coming under increasing scrutiny for the club’s poor transfer policy over the previous seven years since the departure of Sir Alex Ferguson. 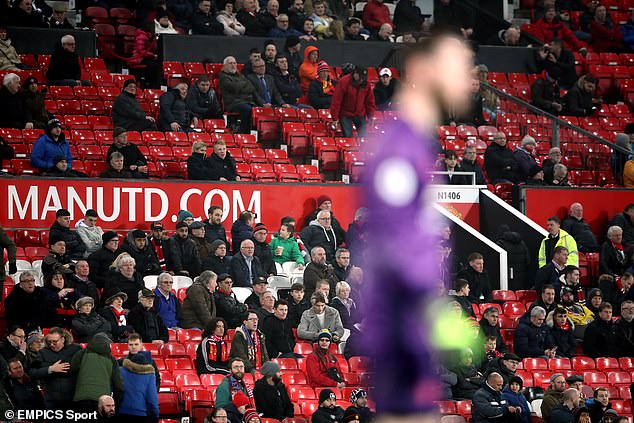 When asked about the current transfer window, Solskjaer admitted plans remain ongoing to improve the team and add fresh faces.

‘We’re looking to strengthen and we know we have to. We let some players go because we needed to start afresh. We know we need quality and numbers.

‘I think everyone can see that these players are being stretched. They are stretched and I have got absolutely no complaints on any of them because they give absolutely everything they’ve got.’ 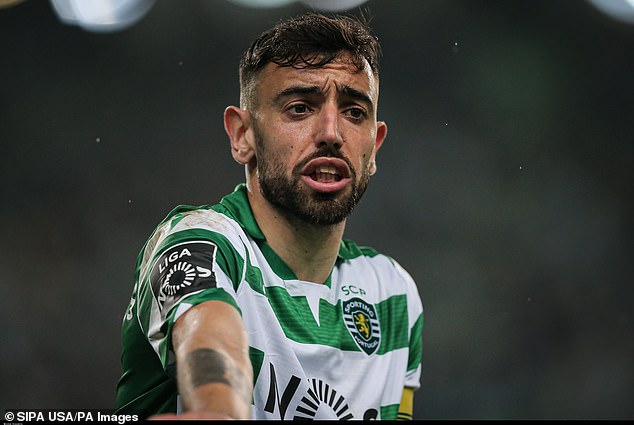 United have been locked in negotiations with Sporting Lisbon all month but are yet to reach an agreement on a fee for Fernandes.

When asked if he expected a deal to be completed for the 25-year-old, influential orchestrator Mendes said: ‘I don’t know. If he doesn’t leave now, he will leave for sure in the summer because Sporting have already spoken with other clubs.

‘Something will happen but I am not sure if now or at the end of the season.’

Mikel Arteta ‘wants Arsenal job’ but only if he is given...

2020 Corsair to be first Lincoln built in China

April 22, 2019
We use cookies to ensure that we give you the best experience on our website. If you continue to use this site we will assume that you are happy with it.Ok