Manchester United stayed at the Lowry Hotel in Manchester on Saturday evening rather than an overnight stay in Liverpool.

They plan to have their pre-match meal there on Sunday before travelling across to Anfield where they expect a hostile reception.

Marcus Rashford was not seen among the squad which arrived at the hotel. 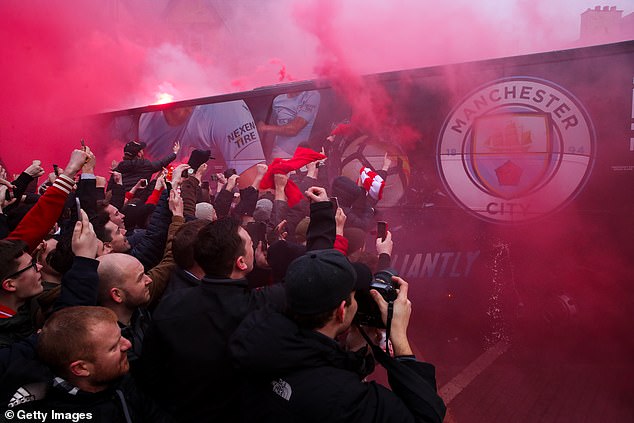 The striker had been doubtful after suffering a back injury in Wednesday’s FA Cup victory over Wolves.

United boss Ole Gunnar Solskjaer had admitted that he did not expect Rashford to play, although he was due to have a fitness test.

His absence is a huge boost for Liverpool as Rashford is United’s top scorer with 14 Premier League goals this season. 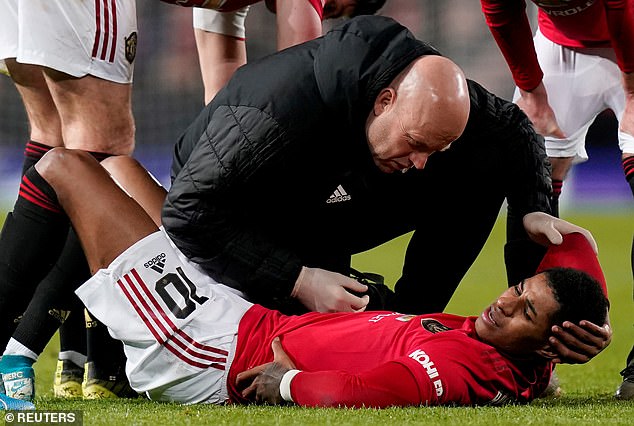 A fans group – Official Liverpool fans – has called upon home supporters to ‘bring pints, pyros and flags’ for when Ole Gunnar Solskjaer’s squad arrive on their team bus at Anfield.

It is anticipated that there could be a repeat of the scenes that occurred when Liverpool hosted Manchester City in the Champions League in 2018.

On that occasion some of the windows on the coach were smashed, with the roof being burned after a flare was thrown.

United, meanwhile, are close to finalising details for a training camp in Marbella during the mid-season break. 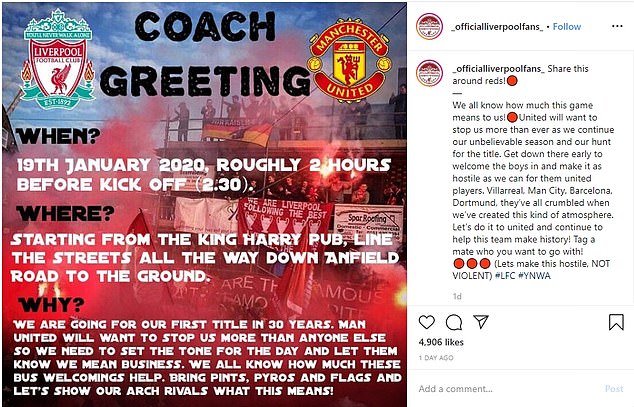 A fans Liverpool group has called upon home supporters to ‘bring pints, pyros and flags’

Ole Gunnar Solskjaer confirmed United had scrapped plans to train at the Aspire Academy in Qatar owing to the rise in tensions between the United States and Iran.

United have a 16-day break next month following the Premier League game at home to Wolves on February 1.

The players will be given a week off before they embark on a warm-weather training camp ahead of the match at Chelsea on 17 February. Ironically, several are considering spending that initial week in Dubai, which is also across the Persian Gulf from Iran.

Solskjaer and his staff have identified the Marbella Football Centre as a suitable alternative for their camp. It was used by Liverpool prior to their Champions League final against Tottenham last May.

It is understood Wolves and Molde, Solskjaer’s former club, may be among rival clubs using the facilities at the same time.

May 6, 2019
We use cookies to ensure that we give you the best experience on our website. If you continue to use this site we will assume that you are happy with it.Ok