Pierre-Emerick Aubameyang could reportedly be followed out the Arsenal exit door by fellow star names Mesut Ozil and Alexandre Lacazette in the summer.

Sportsmail exclusively reported on Wednesday night that Mikel Arteta is planning a massive rebuild of Arsenal this summer and is aiming to conclude his transfer business early on amid concerns they could be priced out of the market during Euro 2020.

Arteta is planning a major shake-up of his Arsenal squad following a disastrous campaign in the Premier League, which sees them sit 10th just seven points off the relegation zone after 25 matches. 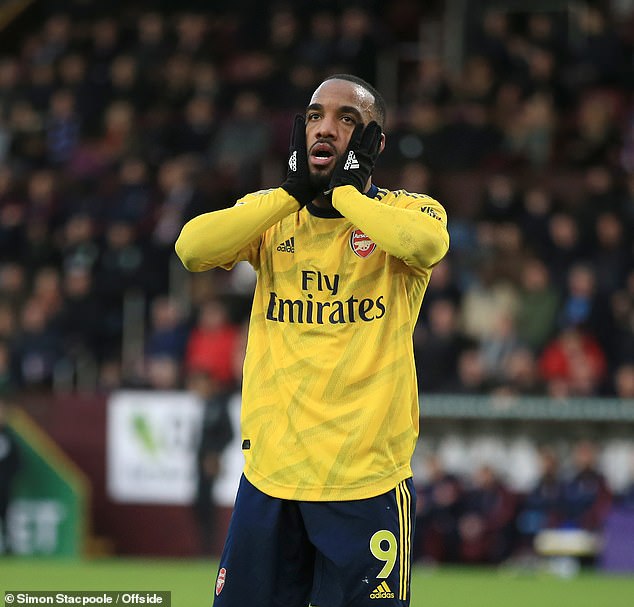 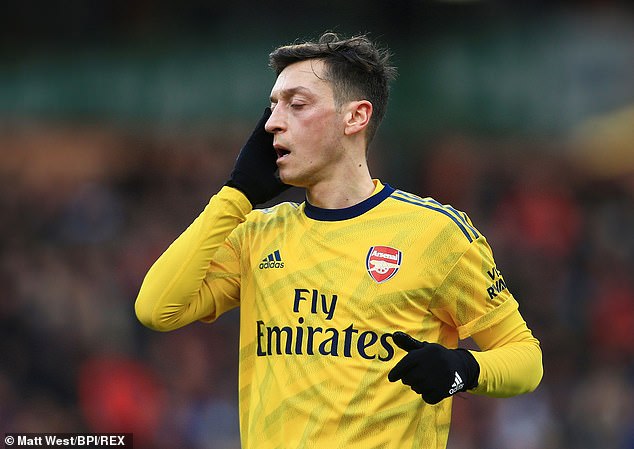 Mesut Ozil has failed to impact games for Arsenal, who sit 10th in the Premier League currently

THE ARSENAL TRIO’S STATS THIS SEASON

The Gunners are prioritising a box-to-box midfielder, a central defender and a creative central midfielder.

Feyenoord teenager Orkun Kokcu — the Dutch-born Turkey Under 21 midfielder — is among the players they are monitoring.

Meanwhile, the future of Aubameyang is set to come into question in the summer as he enters the final 12 months of his contract at the Emirates amid heavy links to Spanish giants Barcelona.

And now according to the Sun, the star striker – along with both Lacazette and Ozil – could all be on their way out as Arteta looks to kickstart his Arsenal revolution.

Aubameyang has attracted heavy interest from Barcelona – who also wanted him in January following the long-term injury to Luis Suarez – after shining for Arsenal during an extremely tough period.

Barcelona’s sporting director recently admitted their interest in the Gabon striker, who has scored 14 of Arsenal’s 32 Premier League goals so far. 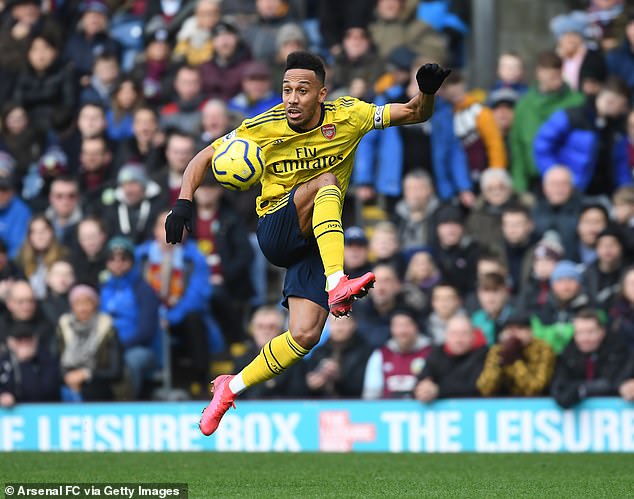 ‘I know him (Aubameyang). He has a profile that has depth. He is important, and in his team he is decisive,’ Abidal told Spanish outlet Sport.

‘It is good to bring this profile of player who can be in the market and can help you. We’ll see what will happen.

‘It is logical that in summer a “nine” will come. It is a necessity. We know that Suarez will come back strong, but you have to bring a top player in the summer.

‘There is a list with players like [Olivier] Giroud, [Fernando] Llorente or Aubameyang, but for one thing or another we decided not to sign [someone in January].’

Meanwhile, both Lacazette and Ozil could reportedly be sold as Arteta looks to reshape his squad. 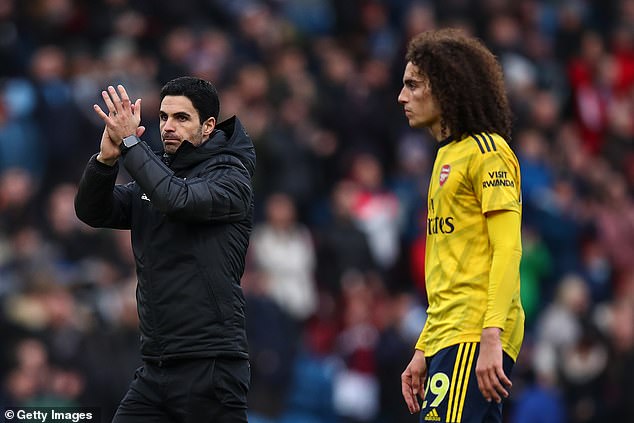 The attacking pair have endured hugely frustrating seasons and have failed to deliver the goods in front of goal, which has stalled Arteta’s early progress.

Lacazette has been shot of confidence for the majority of the campaign, scoring just five goals and creating two assists in 18 Premier League encounters.

The Frenchman’s last goal in all competitions came against Standard Liege in the Europa League back in the middle of December.

Furthermore, German playmaker Ozil has massively struggled on the creativity front and failed to make an impact on games, assisting just once in the top flight.

With Arsenal in massive danger of missing out on European football for the first time since 1996, the report claims Arteta accepts he may have to sell a number of his top stars and club’s highest-paid players in order to boost funds to finance a summer spending spree.

EXCLUSIVE INTERVIEW: Sam Allardyce admits he is still waiting for the right job

Premier League researching whether academy players should be banned from heading

March 12, 2019
We use cookies to ensure that we give you the best experience on our website. If you continue to use this site we will assume that you are happy with it.Ok